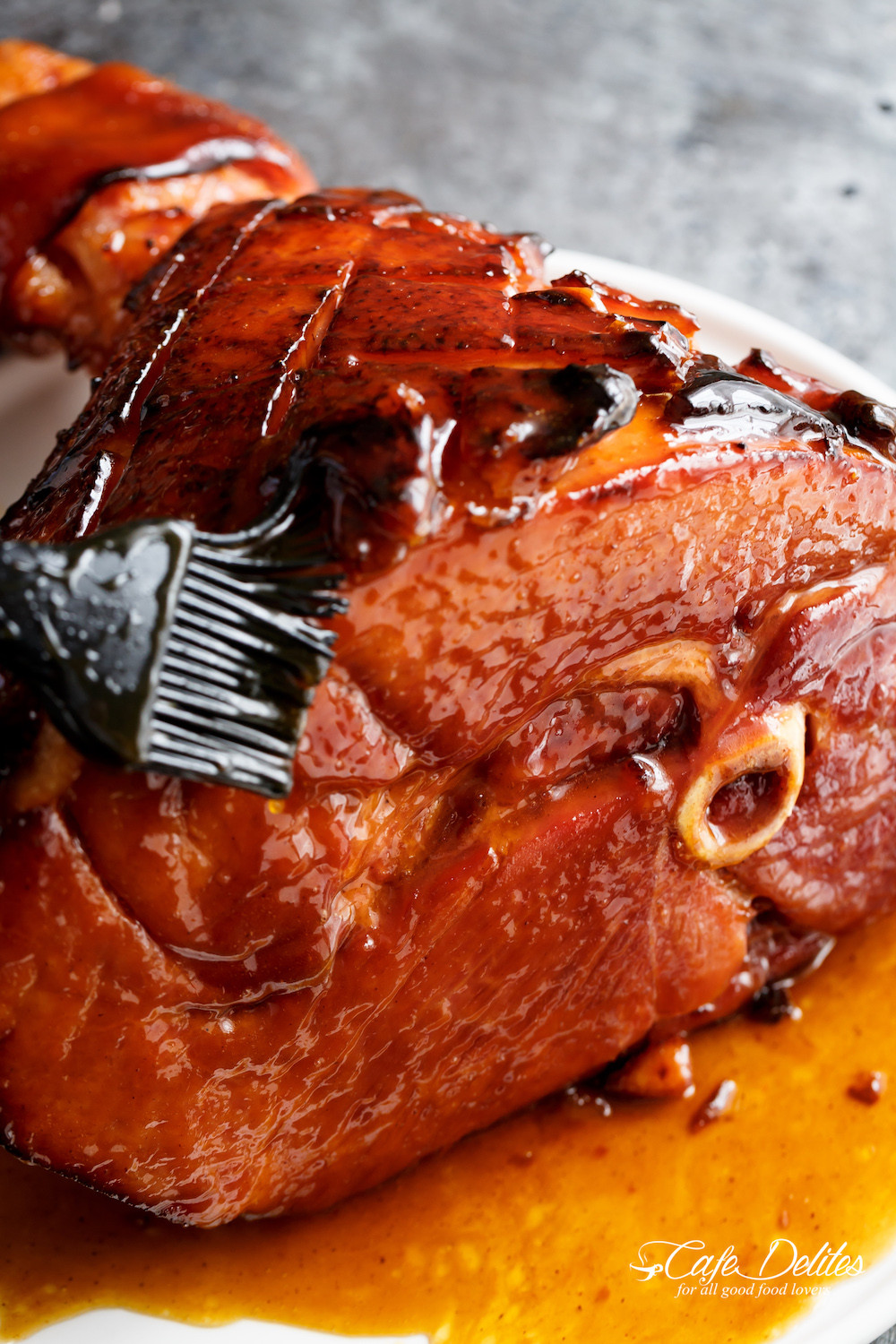 Enjoy our beautifully cured hams any time of the year for a tasty addition to your weekdays. Naturally smoked and cured using traditional methods for that salty taste and juiciness you expect from hams. Bone accounts for a very small percentage of overall weight and adds calcium and trace minerals to the meat when cooked with bone in.

INGREDIENTS: (cut in half for smaller hams)

Preheat the oven to 300°F | 150°C and arrange a rack in the lower third. Remove any plastic packaging or netting from the ham (and recycle). Trim away the rind and discard. Set the ham aside to rest at room temperature for 1-2 hours.

Line a baking tray or dish with several sheets of aluminum foil or parchment paper if you prefer (it will make cleanup a lot easier).

Remove the rind or skin of the ham (refer to steps in post), ensuring you leave the fat on. Using a sharp knife score a 1-inch-wide diamond pattern (don’t cut more than 1/4 inch deep) over the entire ham. Place the ham in the baking tray; pour 1/3 cup of water into the base of the pan and cover the ham with two pieces of foil or parchment paper and bake for 30 minutes.

Meanwhile, heat the butter in a small pot or saucepan over medium heat until golden browned. Add in the brown sugar, honey, mustard, cinnamon and cloves, stirring to mix together well until the brown sugar has completely dissolved, (about 2 minutes).

Reduce heat to low and add in the garlic. Allow it to become fragrant, cooking for a further minute or two until the glaze just begins to simmer, then set it aside and let cool to lukewarm (the glaze should be the consistency of room-temperature honey).

After 30 minutes baking time, carefully remove the ham from the oven and increase the oven temperature to 425°F | 220°C. Discard the foil or parchment paper and pour 1/3 of the glaze all over the ham, brushing in between the cuts to evenly cover. Return to the oven and bake uncovered for 15 minutes. If your glaze has been over simmered and begins to thicken between each baste, add some of the pan juices to it and heat it up over low heat until it warms through and is the consistency of warmed honey.

Remove from the oven, brush with another third of the glaze and some of the pan juices, and repeat again after 15 minutes more minutes of baking until a dark golden-brown crust has formed, (about 30 minutes total). For added depth of flavour, mix some of the ham pan juices together with the glaze in the pot which will help keep it runny enough for brushing. If your crust is still pink after there suggested baking time, turn on your broiler (or oven grill), and allow it to broil for 2-5 minutes, while keeping an eye on it so it doesn't burn from the sugar.