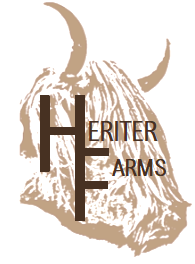 After searching for months to find the perfect place to begin my farming journey, 41 Asselstine Road appeared.  The property had been listed for several weeks online, though for some reason, had not shown up during any of my property searches to date.  I was lucky enough to get a showing on the day before the sellers were slated to pick an offer, and I fell in love immediately.

Standing near the house with a very eager realtor, my eyes settled over the expanse of rolling hills that sloped down towards a trickling stream.  Wind blew a sweet cedar smell up from the trails that wound deep through forests of old growth cedar, thick sugar maples and tall, proud oaks.  Grasses were whispering, teaming with wildlife; birds soared up to land on the cracked, aging boards of a 100-year-old barn.  It was everything I had been searching for, and I knew I had to act fast.  I had been searching from Madoc to Bancroft, Kingston to Tweed, and nothing had as much to offer as Asselstine Road.  But what things were on my list for a farm that would change my life, and how would I know if this place was the one? It didn’t take long for me to be convinced I had to buy it…but I had to be sure it was exactly what I’d been seeking, before the offer to buy was sent in. I wanted to see all the things it had to offer, but there were other people fighting for it too.  So I examined my list…I had to be objective.

There were a few keys things it needed to have for personal reasons: a location which offered optional privacy from neighbours, while being close enough to friends for a relaxing weekday dinner; I wanted a reasonable driving distance to the store for everyday essentials (like coffee!!), and the important things of course, which include: a solid, well-built house, clean, untainted water, and fertile well managed land.

For farming it needed:

-outbuildings with storage, and a place to keep hay.

-a spot to store animal feed, minerals and first aid items out of the rain but still close at hand.

-a workshop to hold machinery and tools, with a spot for welding or fixing my equipment.

-a building that would give me a place to construct, because anyone who knows me, knows my love of working with wood. There’s always plenty of things to build and fix on a farm, I wanted to keep my skills sharp!

-space for the animals when the weather is bad,

-and for the barns to be close to the house, for when piglets were born or calves needed help nursing.

It sounded like a lot to ask and I thought on it hard, but Asselstine Road didn’t fail to provide.  It may not have been brand new and sparkly, but it was enough to get me started.  The basics were there, and the bones were solid on almost all the current buildings.  It needed some love, and maybe a bit of cash too, but I was up for the challenge, taking it in as I walked along, looking in every doorway, peeking around the bends.

It had a large, classic red barn that was leaning dangerously, and I knew it would have to come down; whomever put it up was obviously not a carpenter. Despite that being one of the first things I saw, across the barnyard stood a giant of a structure, a traditional style loafing barn, that would easily house the cattle for the winter, along with a year’s supply of hay tucked neatly out of the rain.  Hydrants had been installed to provide water year-round, and power was hooked up.  Solid, new metal roof, needed a bit of work, but would do.

The large, round silo that the previous owners had used for storing their firewood was sturdy, made of steel, with a peaked round roof.  Inside the windowless frame was a winters worth of dry oak and maple, ready to burn during the long nights ahead, all included in the sale.  The house came with an antique wood burning stove nestled snugly in the kitchen, capable of keeping the house warm and toasty, which could provide an emergency source of heat to cook with if the power went out.  Wood stoves are a must in my opinion for anyone living in the country, and even if you’re in town. With the bad winters we are known to get, power can go out unexpectedly for extended periods of time, and its best to be prepared and know you won’t freeze or go without warm stew while you wait for the power to come back online.

The thing that assured me of Asselstine’s worth was the 100-year-old, 3-storey barn, standing tall and proud, towering over the other barns with presence and grace.  Straight as the day it was built, it had rickety old ladders and dusty, ancient stalls. It was musty and monstrous, mighty and strong, needing some replacement boards on the sagging north wall, a predictable result of the harsh winter winds that blast over the open terrain of the farm.  With some love it would stand another 100 years more, and see many more things than the walls already had.  This barn had witnessed animals give birth as well as succumb to their deaths; it had shared sweet stolen kisses between the field-hand and farmer’s daughter on humid summer nights and listened to the laughter of children playing in the lofts.  It has cradled fledglings as they broke free from their nests, only to return later as adults hatching eggs of their own, high up in the rafters using the grass from the fields; it had memories and voices in its walls, and I wanted to preserve it and help bring it back to life.

Besides the barns there was a small detached garage for keeping everyday hand tools and working on projects close to the house.  There was a newly built cedar barn placed down on the hill, the lumber planed from the trees on the property and none of it pressure treated, which is against organic rules. All of this was great, but the land was what really grabbed me, and it still never fails to impress me when I take the time to enjoy it. What about the property made me fall in love so fast? Let me explain…

Old growth cedars, young eager pines and tall mighty oaks stretched across 50+ acres of land, providing wood to keep warm in the winter, and shade for livestock during hot Ontario summers. It buffered and snaked around 20 acres of pristine wetlands that were teaming with deer, garter snakes, muskrats and pond lilies.  There was a large deep pond settled in along the beginning of the trail, home to a variety of critters like ducks and geese, frogs and snails, which acted as a swimming hole for puppies wanting to cool down in the heat of the day.  As I walked through the forest, a meadow came into view.  Sunlight poured down over rugged limestone rocks, junipers hogged every inch of available space, field mice safely tucked in under their prickly needles.  Giant pines towered overhead, and then path cut into 2 directions. One headed deeper into the woods, but I took the path to the left. It headed west towards the fields, the trail winding down over thick ancient roots.  When I stepped out from the forest, and into the sunlight, I knew I was home.  There was no turning back, Asselstine had to be mine.

The grass was tall and bending gracefully in the wind.  As far as the eye could see, was pasture, it exploded out around me.  A path had been cut to make a lane-way for ATV rides, and walking along I could feel the tickle of fescue on the backs of my hands.  There was the whisper of crickets and a quiet hum of bees.  The current owners had given their vow that these pastures were never treated with synthetic fertilizers or sprays, a must for someone like me who was looking for land to start an organic operation on.  It meant my transition period for certification would be shorter than most, because the owners were willing to sign a sworn affidavit stating their property was free from substances not permitted in the Canadian organic guidelines.  They had allowed native grasses to grow, alfalfa to sprout, and clover to seed.  It provided an abundance of diversity which would feed the livestock I planned on grazing, and went hand in hand with permaculture practices and biodiversity goals.  85+acres of forage for my cattle, providing me with quality grass-fed beef and thousands of pounds of hay for the winter, it was perfect.  But how was the water?

Certainly, a top concern for anyone buying a home, especially a farm, water. In Hastings County we are known for having sulfur in the wells or heavy iron in the water, particularly when the pressure is good.  If your water is clear than the pressure is usually poor, but again I was surprised by the results of the well test, that it simply wasn’t the case here.  Asselstine Road had crystal clear, fast-flowing water, both in the well supplying the house and from the fresh artesian spring that bursts from the hillside 10 months out of the year.  It was nestled deep in the woods on the path the right, the bubbling stream winding tenderly through the century-old soil, over thick granite rocks.  I was completely floored by all the things Asselstine offered, it truly met my entire checklist of wants and needs, and even gave me some that I didn’t know I had.

A house overlooking the west where the sun would dip below the hills on a warm September evening, highlighting the silhouettes of distant cattle settling in for the night.  Neighbours who were not only supportive and friendly, but offered their land at no cost for me to bale off extra hay. Customers next door who would stop in and buy eggs every week, telling their friends about the weird new farmer who rotates his cattle and lets the pigs roam free.  It was more than I had hoped for off the bat, and gave me the head start I needed to get my organic plans in order.  With the perfect property, in a perfect location, I was ready to sink my boots in deep and stay put on this land.  I could relax and get settled, knowing that I was about to do something I had only ever thought of and not dared try…I was going to be a new-age, “greenie” farmer, and couldn’t have done it without the support of all my family and friends, Joel Salatin included.